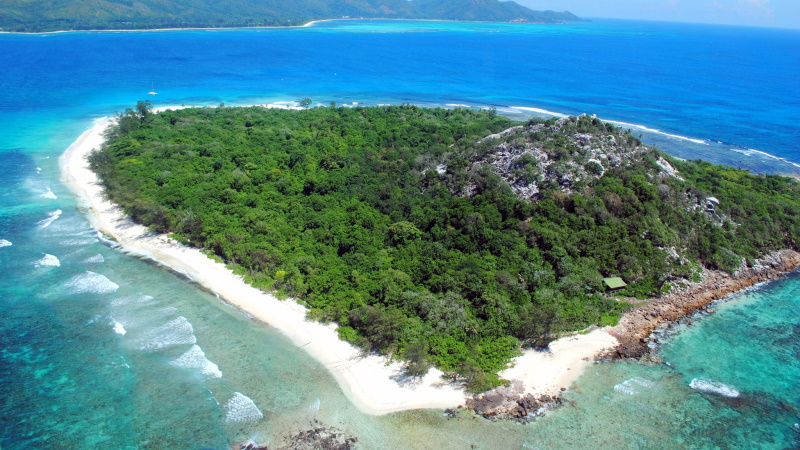 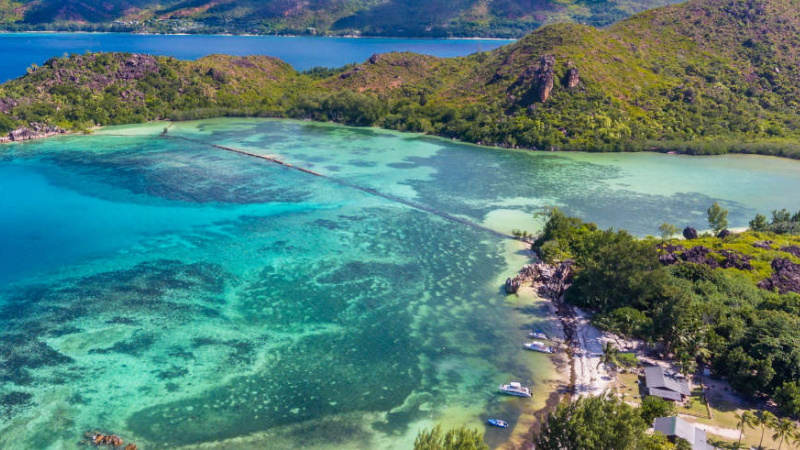 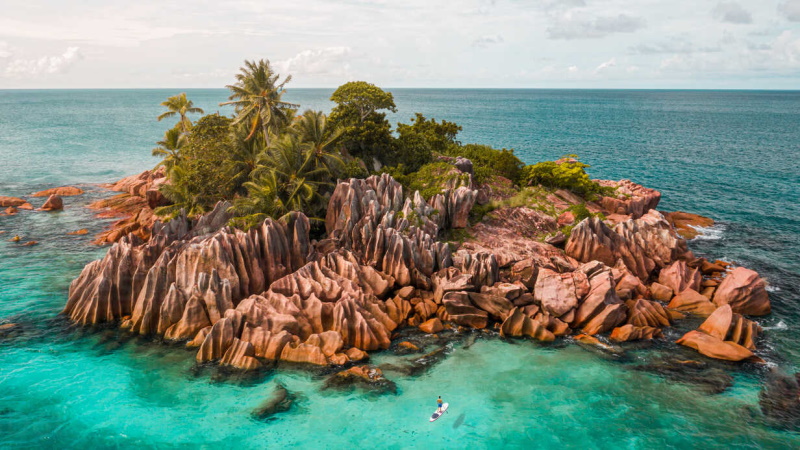 Ocean Blue Travel Seychelles can organize private boat charters to the 3 exotic inner islands for a day trip. Please read below for more information on each Island.

A Typical day visit will include the following:

Pick up from your accommodation. Catch the boat to the 3 Islands. Stop at Cousin Island for a short visit. Cruise to Curieuse island for a delicious creole BBQ, Snorkel,Swim, catch a tan and enjoy time at leisure. Finish off with some more snorkeling around St Pierre Island or take some pictures.

Cousin Island Special Reserve is a granitic island covering 29 hectares and lies approximately 2km from Praslin island. It became the world’s first internationally owned-reserve when it was purchased in 1968 by the International Council for the Protection of Birds (ICBP), now Birdlife International. The objective was to save the last remaining population of the Seychelles warblers.

First made into a Nature Reserve in 1968 it was afforded further protection when it was designated a Special Reserve in 1974. It is not only significant for sea birds and endemic land birds but is also the most important breeding site for Hawksbill turtles in the Western Indian Ocean. The reserve is managed solely by local staff and benefits local communities on the neighboring Praslin island through eco-tourism.

Looking around Cousin today, it is hard to believe that this vibrant and diverse island ecosystem was once a coconut plantation.  When the island was first settled in the early 1900’s, the original vegetation on the plateau was cleared to make way for profitable coconut trees as well as a small garden. Cousin has been successfully restored to its original vegetation, creating homes for many endemic species of land birds and important beeding sites for seabirds.

Today, Cousin is managed by Nature Seychelles. Conservation activities include monitoring of the island’s biodiversity, research, re-introduction of endangered species such as the Seychelles Magpie Robin, ecotourism and education.

The island is open to visitors five days a week (Monday to Friday), between 10:00 a.m. and midday, and there is no overnight accommodation.

A sanctuary for flora and fauna, Curieuse Marine national Park, designated 11th June 1979, brings you as close to nature as anyone could wish. On this relatively small island there is an intriguing unique biodiversity. Curieuse is home to a significant collection of Seychelles’ endemic species, from giant tortoises introduced from Aldabra and endemic birds, to the worlds biggest nut, the legendary coco de mer.

The island is the only other place, apart from the Vallee de Mai world heritage site, where the coco de mer palm grows naturally.

Visitors to this paradise are offered an array of outdoor experiences. One can follow the guided nature trails, which includes the Baie Laraie to Anse Jose, and the Anse badamier Trail, bird watching of both land birds, sea birds and the abundant moorhen, barbeques, snorkeling and diving. Visitors who follow the marked trail around the island soon discover the full extent of its natural treasures.

Ile St. Pierre is an uninhabited island of the Seychelles. It is located north of the island of Praslin in the east of Curieuse Island on the edge of the Curieuse Marine National Park. The distance from the island to Pointe Zanguilles on Praslin is 1.5 km.

The following are included in the package.

To save your wishlist please login.
login